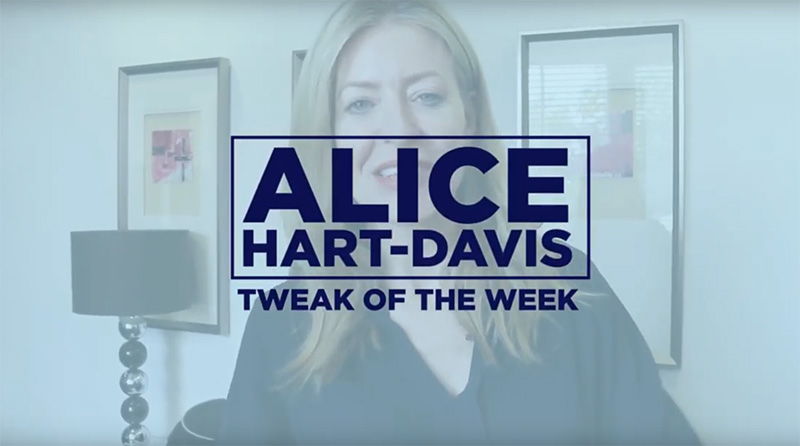 Rhinoplasty London was delighted to host Alice Hart-Davis, founder and editor of The Tweakments Guide, who joined us to discuss non-surgical rhinoplasty. This is a treatment which is growing in popularity among people who aren’t happy with the shape of their nose, but who—for whatever reason—aren’t yet ready to consider surgery.

Alice spoke with expert rhinoplasty surgeons Mr Charles East and Ms Lydia Badia about the procedure and what patients can expect to see from the results. Non-surgical rhinoplasty involves the use of injectable fillers to give the nose aesthetic balance by adding to areas of deficit, changing the contours and the way the light falls on the nose. Watch the video here:

This procedure is becoming increasingly popular due to its impressive results, lack of downtime, and comparatively low cost. Many are attracted by the temporary nature of the results, allowing them to ‘try out’ a new nose without committing to a permanent change. It is a suitable option for the majority of our patients as it can be effectively used to treat recesses, bumps, a hooked appearance, and a drooping nose tip. England rugby player, Ben Cohen, even visited Rhinoplasty London to receive treatment for the many traumas his nose had received over the years!

The patient in the video, Alex, had broken his nose a couple of times and this had distorted the bone and cartilage. There was a visible asymmetry across the bridge, a marked concavity on one side, and a slight droop to the tip which was contributing to a hooked appearance. Mr East used Ellansé, a collagen-stimulating filler, to add symmetry and achieve the appearance of a straighter nose, as well as lifting the tip a little.

We were able to achieve subtle but immediately noticeable changes for Alex, a patient who wasn’t quite ready for surgery but was keen to see a change. If you are interested in finding out whether non-surgical rhinoplasty would be appropriate for you, please contact us and we can arrange a consultation with one of our experts.